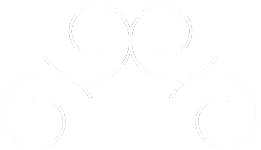 Healing with your Imagination 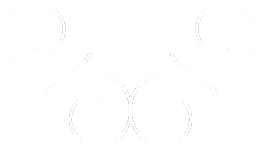 Reiki channels universal energy, also called ki or qi (CHEE), to balance and soothe the body. Tibetan monks initially practiced energy work more than 2,500 years in Tibet where it is rooted in Traditional Chinese Medicine (TCM). In the late 1800s, Reiki was rediscovered by Master Mikao Usui of Japan and created into a system that Westerners could study and gain significant benefits.

Humans have benefited from the energy therapy called Reiki for thousands of years. However, most Westerners have not been told that it exists and some dismiss it before it is fully understood. While Western medicine is beneficial, there is also a place for energy therapy rooted in the East as a alternative and complementary remedy.

If you are worried or anxious but find that modern Western methods of care are not enough, the addition of Reiki could resolve body tension and stress.

In 2007, Jenette became a Reiki Master from the direct lineage of Master Mikao Usui, the founder of the spiritual and complementary healing process. As a Reiki Master, she focuses on assessing the client's needs, focus on the specific anatomy and physiology of the body, and direct the energy with intention, so that clients can relax and restore.

'Going Back to Zen: Where to Find Peace So You Can Live Like Mad,' by Janine Vance Ph.D.

We live in a world that glorifies and glamorizes whoever has the most money, and whoever shines the most brightly. But is being top dog synonymous with happiness? The evidence suggests, no. This little keepsake book points out the value in life's simplest things. When life does not go as planned and we're hit with surprises, the solutions can be found in nature, and in ourselves. Use this book when you've hit a troubling spot and see from a backward -yet, oh, so progressive perspective. 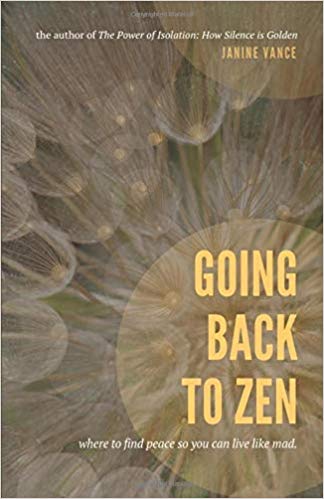 Going Back to Zen

“A great little book to take with you when you need to manage stress to prevent anxiety.”

“This is a wonderful compilation of everything you need to know! Each chapter is a new subject, which of course you can study deeper if you want to, but this author gives a very thorough overview of how to get in touch with ourselves and achieve healing and health. I’ve been delving into self-healing for over a year now, and had I found this book at that time, I would have been way ahead of the game. Topics and explanations include Taoism, meditation, Ayurvedic medicine, and essential oils to name just a few.”

Stress Relief Reiki Session
And get a Bonus book free!

The Power of Isolation: How Silence is Golden

Feeling overwhelmed? Left out? Or imprisoned with TMI? Why not use it for your benefit while you have the chance! We all need a little quiet time! Ousted and alone? I like to use this time for my advantage. Meditation opens the door to a place where all of humanity is connected. The Power of Isolation: How Silence is Golden, By Janine Vance shares the benefits of quieting the mind in order to get the job done and accomplish personal goals.

"Vance provides short essays on twenty five topics that we face daily. The advice is uplifting and helpful. For example, we thinking of "walking meditation" as some strange and difficult activity. Vance simplifies it to simply "walking in silence" and gives us encouragement on the benefits. "Don't just do something, sit there" suggests the benefits of a notebook to write but not to judge what you have written. I loved this book and have already recommended it to my close friends. You can read these concise topics individually and try out the suggestions. Very uplifting and worthwhile." Amazon Reader

The Power of Isolation

Going Back to Zen

What are the Meridians?

What Are The Main Reiki Hand Positions?